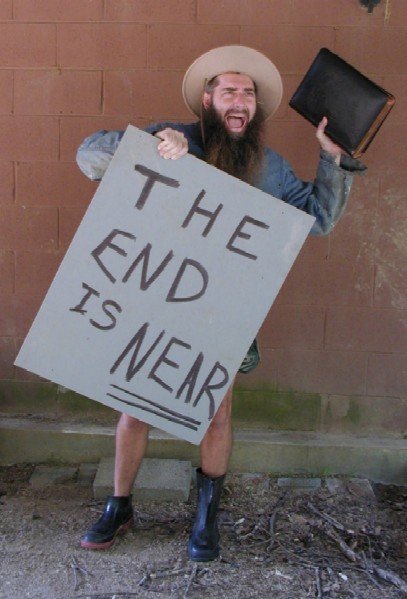 It’s the end of Google Plus as we know it

…and I feel fine. (Thank you Michael Stipe for such a catchy tune) The tech media and business pundits across the journalism landscape are prognosticating again. They have been yelling “the end is near” so much that you almost imagine them with a ragged suit coat and long ragged beards wearing a sandwich board on some busy urban street corner. Their prophetic refrains are so consistent that it borders on obsessive. They’re bound to get it right some day. Today, however, is NOT that day.

Google Plus is a long way from dead.

It is getting more money, more attention, and more resources (people) than it has in the past and all of the “announcements” that lazy journalists are latching onto as evidence of the “slow death” of Google Plus is actually indicating the opposite. This all hinges on the announcement of David Besbris departure from the G+ team and his replacement by Bradley Horowitz as leader of Google Plus. More precisely it has to do with Horowitz correctly distinguishing his post as being head of “streams and photos” which to some was interpreted as a “splitting” of the two elements of Google+. Reality is that it’s simply an internal distinction that allocates resources to specific products within the Google+ family. Which really indicates less of a “breakup” and more of a focused allocation of resources.

The naysayers and wild-eyed wizards of the tech industry are never going to get behind Google+. They will continue to discount reliable assessments of Google Plus size and activity. They will view every positive indicator through twisted lenses that somehow make Google appear to be a barren wasteland. All the while users are growing accustomed to the tools and are being impressed with the things they can do with Hangouts, Photos, and more.

My prognosis for Google+

They are going to continue to grow in spite of the tech writers efforts to devalue the network. Not only that but I anticipate a major movement by businesses to G+ in the coming year. As businesses build a better presence on Google platforms the users who engage or value those businesses will begin to find themselves on Google+ and the result will be that this will be a banner year of growth for the platform. So far I’ve been right on every forecast for Google+ while the tech gurus of the various web magazines have been wrong. I guess only time will tell.

You have Successfully Subscribed!